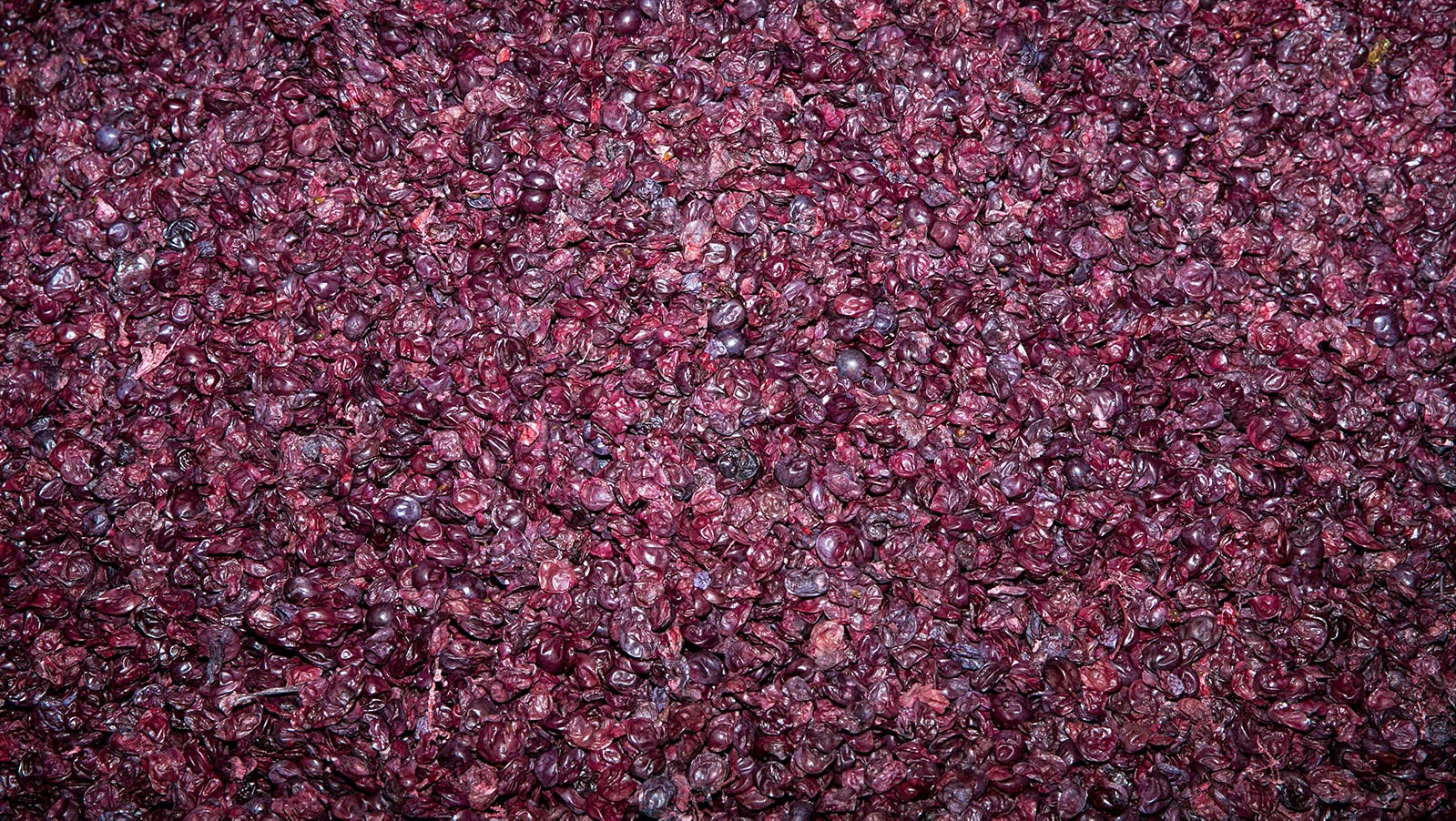 A study found that pomace—the grape skins, stems and seeds left behind after winemaking—contains compounds that could be used in health supplements

As vintners and scientists search for ways to increase the sustainability of farming and winemaking practices, some are looking to give grape pomace, or marc, new life. This oft-forgotten byproduct of winemaking accounts for thousands of tons of waste annually. Past research has suggested numerous alternative uses, however, from grapeseed oil to biofuel to beauty products. Now a recent study has found that this wine byproduct of skins, stems and seeds could be a potential health supplement.

Researchers at University of California at Davis found that pomace from Chardonnay grapes contains significant amounts of oligosaccharides, a type of carbohydrate found in a variety of plant and human tissues. Studies on oligosaccharides have found that the compound helps promote immune and intestinal health. It’s an ingredient in breast milk that feeds a strain of bacteria in infants’ intestines that helps build immunity against illness and disease

Historically, pomace has been used to make a diluted wine product called piquette. Enjoyed by harvest workers, the low-alcohol drink is made by mixing pomace and water. Some vintners have also found use for it in composting or for animal feed. Because pomace can account for up to 30 percent of a grape’s total weight, its disposal poses some environmental concerns. Numerous efforts have been made to find some alternative uses.

The new study, led by food science professor Daniela Barile and master’s candidate and lead author Amanda Sinrod, looked to tackle the waste problem by determining which beneficial compounds in pomace might be harnessed. “It’s all about sustainable wine production and finding a second life for wine grapes,” said Barile in a statement. “Early results are encouraging that marc could be a valuable source for oligosaccharides and other compounds that support health and nutrition.”

The team partnered with Jackson Family Wines and Sonomaceuticals, a firm founded by Jackson Family’s Barbara Banke and Peggy Furth of Chalk Hill to develop new sustainability ideas. It collected Chardonnay marc from Jackson and tested the molecular composition. They found that levels of oligosaccharides were higher than those found in finished wine.

“We were surprised by the diversity of the oligosaccharides in the Chardonnay wine grapes, including the presence of structural elements found in mother’s milk,” said Sinrod.

The findings present an interesting discovery as it could open the door for new health supplements that utilize materials that might otherwise be wasted. “There is more research to be done,” Barile continued. “But early results are promising that Chardonnay marc can become a source for developing supplements and other food products to support health.”

n so that producers, traders and consumers alike know what they are talking about.

Businesses are changing and New Zealand is the first to set an example, they were the first in the world to introduce climate change law to financial firms

Keep sharing with us: Our April Newsletter