The Fladgate Partnership – Treatment of Phytosanitary Effluents in the Douro Vineyard 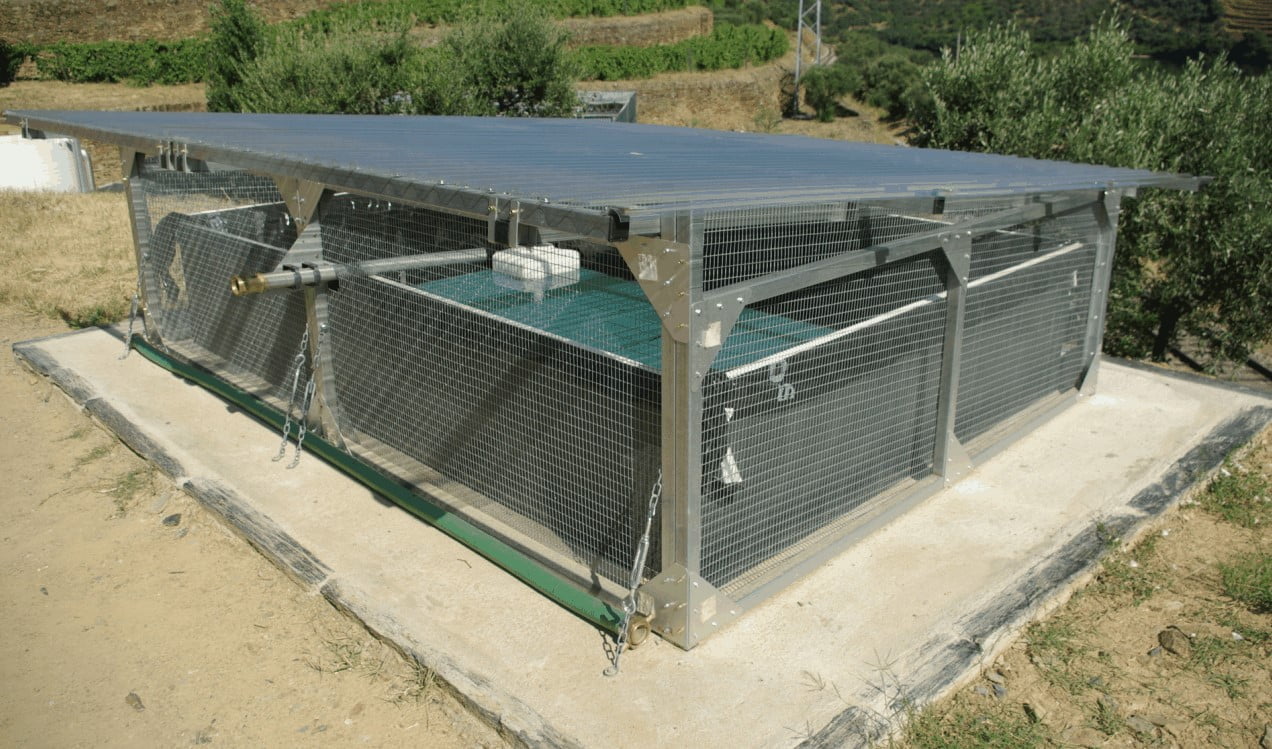 In 2011, we started the treatment of phytosanitary effluents produced on the farms owned by The Fladgate Partnership and chose for this purpose the Heliosec method proposed by Syngenta. At that time, we were pioneers in Portugal in using this treatment for this type of effluent. The Heliosec station treatment was unknown to us and was a little heard of innovation in Europe.

In choosing the station, we were captivated by the simplicity and efficiency of Syngenta’s proposal which is presented in:

In summary, it is a tank lined with a plastic screen capable of receiving the phytosanitary effluents produced in the washing of spraying equipment and which, due to the combined effect of solar radiation and wind, end up being dehydrated.

Eight years ago (2011) we planned our own phytosanitary washing center and its connection to the treatment station, as well as focusing on pressure washing to save water usage. We also introduced a variant capable of measuring and limiting water usage. Thus, instead of draining the dirty water directly to the station, we receive it in an intermediate container so that we can account for the water used during the wash and also have a station to receive effluents from other distant farms.

In the first year of operation (2011), we disclosed the excellent results obtained at Quinta da Roêda:

After these excellent results from this first experiment, we increased the number of washing centres.

At the end of 2018, we had an annual average recovery of 24 liters of phytosanitary effluent for treatment per hectare of vines. This value represents all washing water for equipment used in pesticide, mechanical and manual treatments (Chart 1) 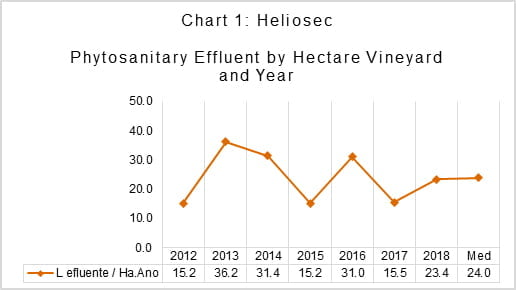 The amount of effluents depends on the amount of disease in each year and the continuity between chemical sprays.

The volume of effluent produced by simple disease pressure is also different from farm to farm, because of the local climate. The difference between Quinta da Roêda, in the Cima-Corgo, and Vargellas, in the Douro Superior, where normally the pressure of wine diseases is lower, came as no surprise. (Chart 2). 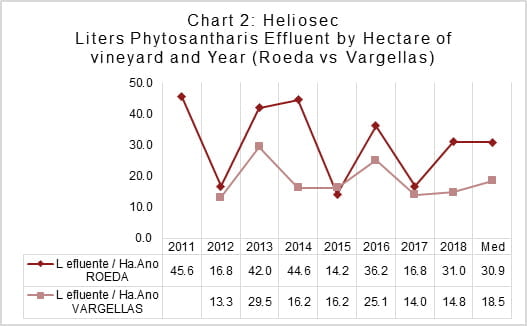 The plastic used to coat the tank at the treatment station and collect the dry pesticide deposit is delivered to a specialized company —https://www.indaver.com/pt-pt/home/ — proof of which is retained. 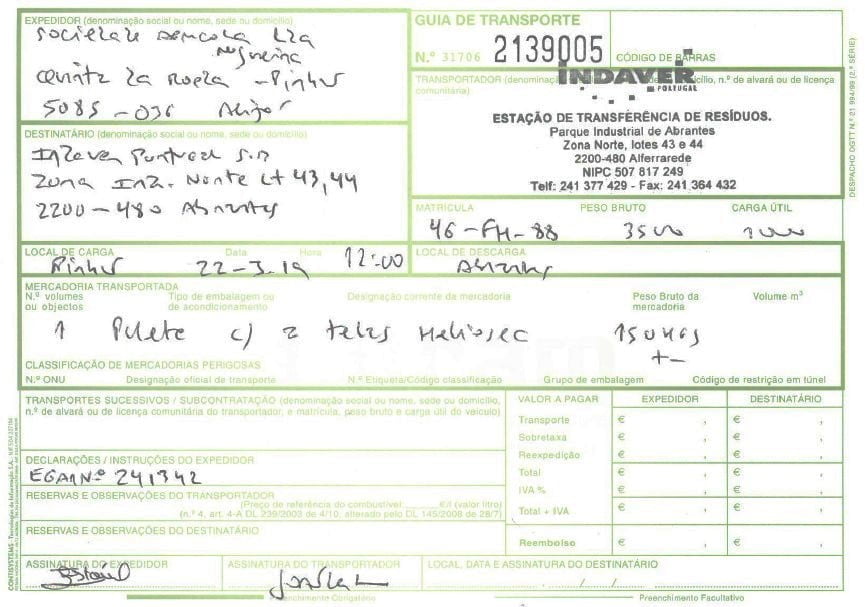 The treatment of phytosanitary effluents, or in other words the recovery and treatment of the washing water of the equipment used for the sanitary protection of grapevines, was highlighted in the March 2019 issue of PHYTOMA magazine, which describes 18 different systems.g