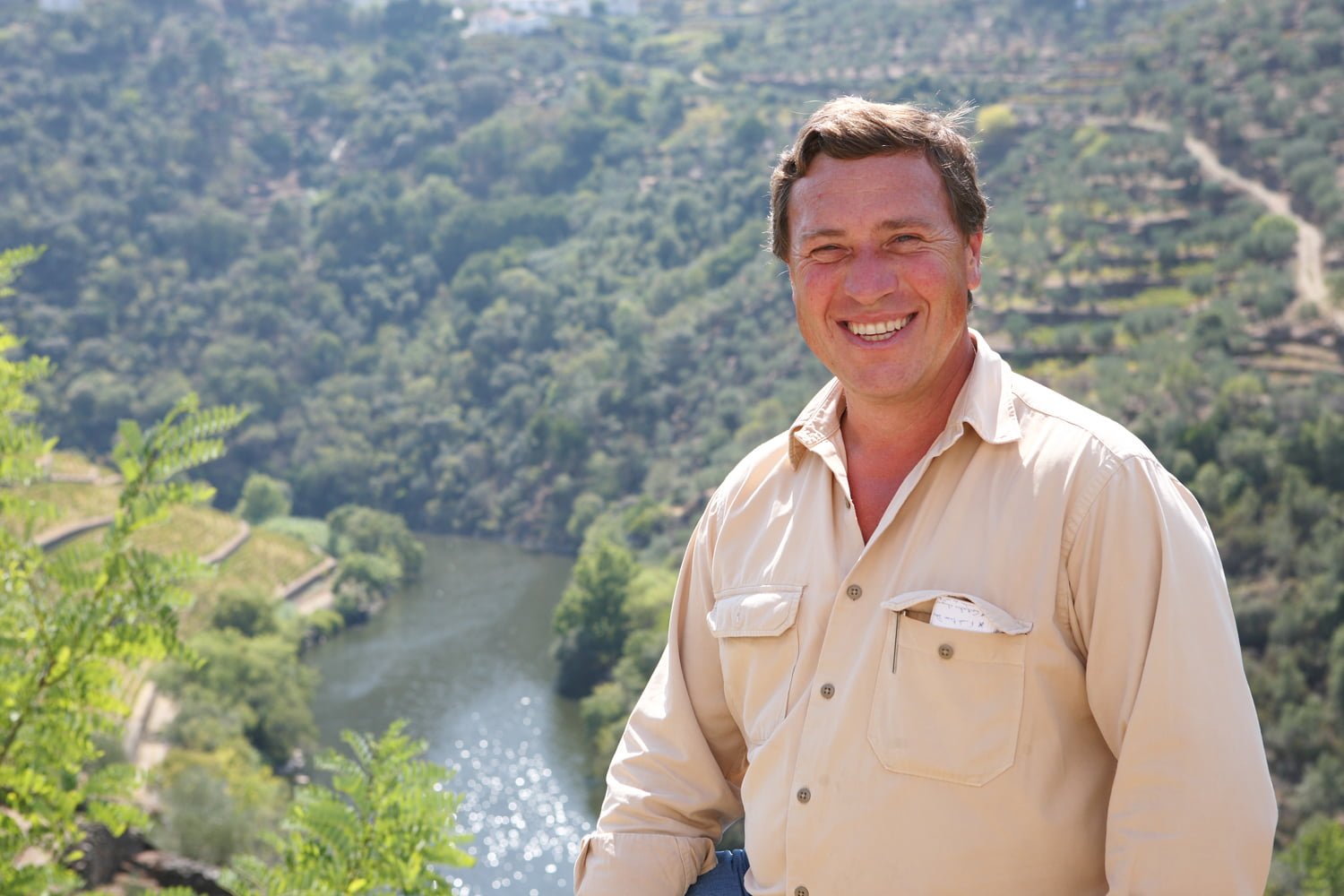 This article is original from The Drinks Business, 22nd January, 2019 by Lauren Eads and mention The Porto Protocol project

Climate change is the biggest challenge facing modern agriculture, with viticulture seemingly on the front line, according not only to a number of scientific bodies, but Port producer Taylor’s, which has issued one of the loudest rallying cries for the wine industry to take action.

According to a 2016 report by AdviClim, an organisation assessing the impact of climate change, future fluctuations in climate are “very likely to have key effects on wine quality and style”. Over the long term, this may cause “geographical shifts in suitable grapevine varieties and production areas.” The report says: “A changing climate is therefore one of the major environmental and socio-economic issues facing sustainable viticultural development and production over the next century.”

The earth is getting warmer, and with that comes increasingly erratic weather patterns. Such changes have been keenly felt by the wine industry. Last year saw searing record temperatures across Europe, which followed severe frosts in April, as well as flash floods and hail in the arid Douro Valley, devastating wildfires in California, and crippling drought in much of South Australia and South Africa.

Whatever their current climate, wine producers are being forced to look ahead and adapt their methods as the climactic goal posts shift. The Douro Valley is no exception. In May a major storm hit the Pinhão Valley, with 90mm of rain falling in an hour and a half. A second storm followed a month later.

In the past 10 years, the Douro Valley was only not affected by hail in 2013, says David Guimaraens, technical director and head winemaker at The Fladgate Partnership, which owns Taylor’s, Fonseca and Croft Port brands. “The biggest issue for the wine industry in the Douro is erratic weather. This means there can be a hot spell in the middle of winter so the vines start budding then. It also means there can be frost in spring, and thunderstorms and erosion, which is a major issue.”

Aware of its own changing environment, Port producers have issued one of the loudest rallying cries yet for the worldwide wine industry to combat climate change in its own environs.

In July of 2018, Taylor’s Port served as a lead sponsor of The Porto Summit 2018, a conference on climate change, at which the 44th President of the US, Barack Obama, attended as a keynote speaker. “We are an agricultural product that is extremely vulnerable,” says Adrian Bridge, managing director of Fladgate, which in March 2019 will host a second conference on climate change in Porto.

“One of the places that vines often thrive is in remote areas where nothing else will grow. The Douro valley is a fine example. We grow a product that’s vulnerable in environments that are tough, because that’s what makes good wine. The reason I started Climate Change Leadership: Solutions for the Wine Industry, is simple. I’m sick of going to conferences where people tell me what the problem is. I understand the problem. What we need is the solution.”

The Summit also saw the launch of The Porto Protocol, devised by Bridge, which seeks to encourage the global wine industry towards one common goal: to minimise the effects of climate change by doing more  tomorrow than they are today to reduce CO2 emissions, and to share their experiences and expertise via the platform. “We do a lot, but you find even with companies like us that you reach a point where you say ‘what else can I do?’” says Bridge. “I’m looking for inspiration. What better place than other wine companies dealing with these issues in other parts of the world? We shouldn’t hold things close to our chest.” Reducing your energy use is a clear way to support environmental efforts in the long term, by using solar panels to power bottling lines or conserving water. But dealing with the impact of erratic weather caused by rising temperatures, which can include water scarcity, increased UVB radiation, freak hailstorms and the associated risk of soil erosion, is a more immediate concern.

As global temperatures rise, many producers are inching further upwards in search of cooler temperatures, with the Douro fortunate that it is able to take advantage of steep terraces that flank either side of the Douro River.

But while this might alleviate pressure on growers, Bridge is confident that there is another way. “It might come to that, but I’m not going to accept that because temperatures are going to rise by 3°C we are going to have to run up the hills. If it does, that could change the flows of Atlantic currents and that might mean there’s no rainfall. You can’t make an assumption that where you currently are will be the same when temperatures rise. Planting higher is not a proven solution. It might be, but we simply don’t know. We need to focus on the short-term things we can do. Yes there are long-term solutions, and it might mean planting higher, but there are things we can do, like using less energy, conserving water, and using fewer chemicals. That’s a simple win-win. Energy, water and chemicals cost money.”

Irrigation is another thorny issue for producers in the Douro. The irrigation of grapes for Port wine is prohibited without express authorisation from the IVDP, the organisation that governs the production on the fortified wine. A move out east towards vineyards on the Spanish border to produce still wines, whose vines can be irrigated, is also driving demand for water – and calls for regulation – exacerbated by the lack of consistent rainfall in recent years. In 2017, the Douro recorded 316mm of rain. Its 30-year average is 658mm, equating to a 52% reduction in rainfall. Guimaraens, however, calls the move towards irrigation in the Douro “giving up on viticulture”.

“There is so much work to be done with rootstocks, varieties, site selection and vine density before irrigation. When you start irrigating you get other problems. You start producing alcohol, and irrigation doesn’t solve the problems of excess heat. It can solve the vigour but it’s not going to solve other issues that an increase in temperatures are causing. It’s an easy way out.”

He argues that better canopy management, going back to bush vines and better site selection are more prudent responses to rising temperatures and unpredictable rainfall. “If it’s hotter and more arid we can change the focus of our vineyards more towards Regua, where there is lower aridity, to overcome difficulties with climate change. We also have altitude to play with. As you raise altitude the temperature drops and rainfall increases. Some vineyards won’t survive, but that’s a fact of life.”

To tackle the issue of hail, Fladgate has been working with a French company to reduce the impact of hail damage, which brings with it the added risk of erosion. “Next season we will be able to inject silver nitrate into the clouds,” reveals Guimaraens, which will change the make-up of the clouds and therefore reduce the possibility of hail.

“For the past 10 years the problem has been very serious. As the temperature warms there is an increased likelihood of hailstorms. When you build terraces you have to make sure you leave your waterways clear. It doesn’t rain much but when it does it can do a lot of damage.”

This March the city of Porto will host a major global debate on the challenges faced by the wine industry due to climate change, organised in partnership with Taylor’s Port, with former US vice-president Al Gore set to be a keynote speaker.

The aim of the conference is to help the wine industry understand its role in climate change and enable all sectors to work together to reduce their collective impact and help ensure a safe and sustainable future. Internationally renowned experts will share their research and practical experience and discuss the strategies being implemented to reduce the effects of climate change, as well as providing solutions and real examples of what is working.

On the final day, following the wine industry debate, the conference will culminate with the second edition of the Climate Change Leadership Porto summit attended by world-class climate change experts and activists. Nobel Laureate and former US vice-president Al Gore will be the keynote speaker.

“It doesn’t matter how big your contribution is, but everyone should be making one,” says Bridge. “We all have to be responsible and adapt. The first thing is to ask people to do more, and the second is to share your experiences.”

The Climate Change Leadership Porto – Solutions for the Wine Industry, will take place in Porto, in Portugal, from March 5-7, 2019.

For further information and to register attendance, visit www.climatechange-porto.com or contact us at info@climatechange.pt

Find more information about the Porto Protocol and membership at www.portoprotocol.com

How Portugal Became the Epicenter of Sustainability for the Wine Industry