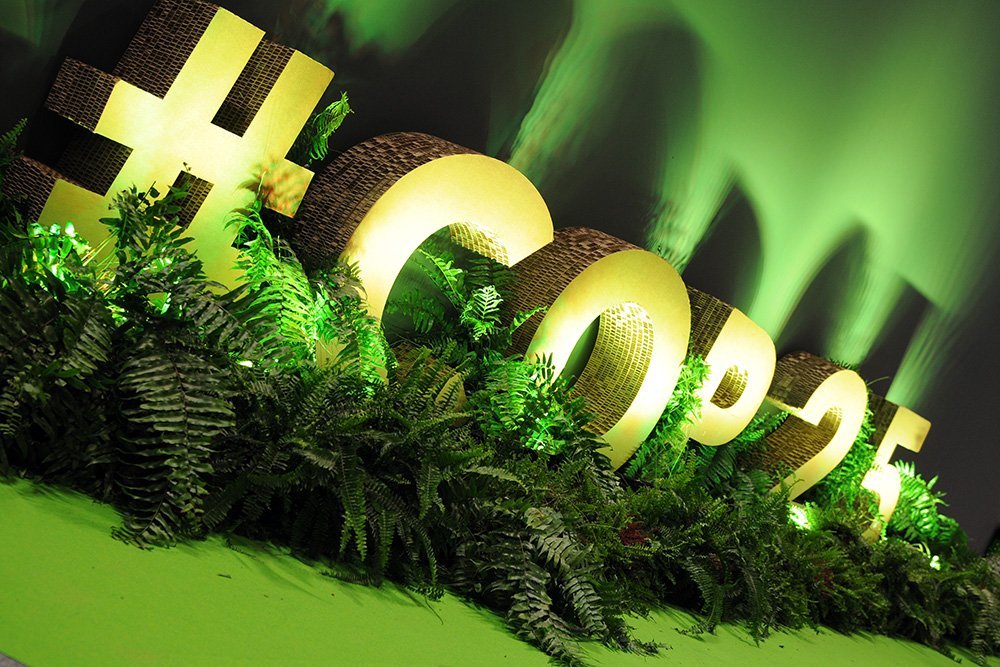 Under the 2015 Paris Climate agreement, more than 200 nations committed to keep global warming to well below 2 degrees Celsius above pre-industrial levels and, if possible, to less than 1.5 degrees above.

As we speak, the world is 1.1 degrees warmer than it was at the beginning of the Industrial Revolution. This change already had a great effect on the planet and people’s lives.

COP, the official Conference of the Parties to the UN Convention on Climate Change, the entity that guarantees that the Paris agreement is implemented, just held its 25th group’s meeting, in Madrid, this month.

Sharing his thoughts on the event, António Guterres, Secretary-General of the United Nations, said on his twitter account that “the international community lost an important opportunity to show increased ambition on mitigation, adaptation & finance to tackle the climate crisis.”

Below we share with you the UN’s Environment Programme perspective on the event, along with useful links to reports launched by this entity on various climate change issues:

More than 190 nations, from the United States, China and European Union members to the smallest island states, were represented at the December 2019 United Nations Climate Change Conference, known as “COP 25” to discuss, reach agreements and to advance climate action. A UN Environment Programme (UNEP) delegation was in Madrid as part of its ongoing work to help the world transition to a low-carbon, sustainable future.

Here’s a look at the key takeaways from COP 25 and what they mean for UNEP’s work in 2020.

What were the headlines from COP25?

What had COP25 hoped to achieve?

The conference focused on building momentum for countries to increase their ambition to act on the climate crisis in 2020. It also aimed to completing technical details of the Paris Agreement, such as the workings of the global carbon markets, which determines how countries can trade carbon credits and therefore enhance the cost-effectiveness of climate action investments.

Did they do it?

What needs to happen now?

Next year, countries are expected to submit their updated climate plans as per the Paris Agreement. Strong public and industry pressure will be needed to give policymakers reassurance that public opinion and industry appetite is backing them. UNEP will continue to support this effort by providing scientific and technical expertise.

What as some reasons for optimism?

The science is clear and reaches more people than ever: Research published during the two weeks of talks showed that greenhouse gas emissions have risen 4 per cent since the Paris accord was signed in 2015. In the days before COP 25, UNEP released its 10th Emissions Gap Report which calls for a cut to carbon emissions by more than 7 per cent per year in the next decade if the world is to meet the Paris goals. The report was widely quoted during the negotiations and at a side event where scientists discussed the findings with delegates.

Industry is mobilizing: Ministers of Finance attended the talks for the first time and many led conversations about green growth, green opportunity and green jobs. Climate action presents unprecedented economic and socioeconomic opportunities across multiple sectors.

Should we be disappointed?

Yes. While the conference was not expected to produce a major breakthrough on new emission targets, it was an important opportunity to unlock the full potential of the Paris Agreement. Instead, critical issues were put off until next year after consensus proved difficult to reach. These questions will need to be added to next year’s agenda instead of being resolved now. This is not the pace of action members of UNEP’s delegation had hoped for, but of course the action continues, along with climate change.

What is UNEP doing next?

One: UNEP continues to support the negotiations and Members States with facts, insights and conclusions of our scientists and technical experts.

For all policymakers or stakeholders writing 2020 climate action plans, and for everyone who is interested, here are the latest reports UNEP launched and supported in the run-up to and across COP25:

Two: UNEP supports, together with the wider UN system, countries to complete their enhanced nationally determined contribution as per the ratchet mechanism of increased ambition in the Paris Agreement.

Three: UNEP is committed to accelerating the understanding of why it is critical to maximize nature-based solutions to combat climate change. The statistics are stark. For example, if deforestation was a country, it would be the third largest CO2 emitter after the United States and China, which is why the protection of standing forests—70 per cent of which are threatened by deforestation—and the restoration of degraded landscapes is so important.

Four: UNEP is driving forward the mobilization of the financial sector’s support for climate action: in less than three months since the Net Zero Asset Owners Alliance launch at the UN Climate Summit in September, membership has more than doubled.

Countries are requested to submit their enhanced climate ambitions and nationally determined contributions by September 2020. The next climate conference, COP 26, will be hosted by the United Kingdom in Glasgow in November 2020. For a successful outcome, all leaders need to step up and become examples of global cooperation and leadership that history will remember for generations to come.