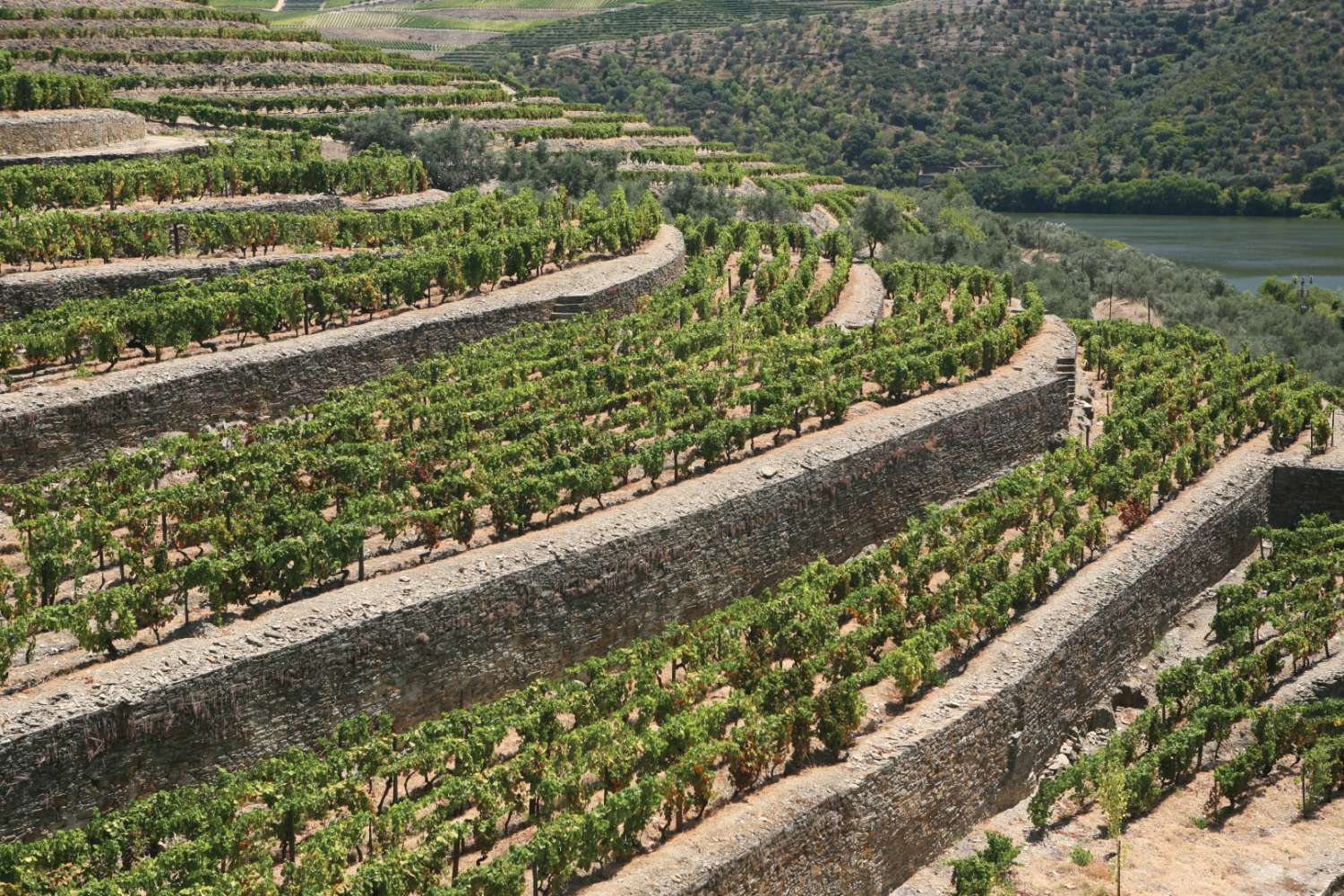 How Portugal Became the Epicenter of Sustainability for the Wine Industry

This article is original from Fortune, 18th August, 2019 by Shana Clarke and mentions The Porto Protocol project

While climate change is affecting every industry across the globe, the agricultural sector—wine in particular—is reeling from it. Wine growers constantly face new adversaries in the vineyard—such as hailstorms, heat waves, and disease pressure—that are unpredictable and destructive. Numerous regions are examining how they can mitigate these issues, but one country in particular is emerging as the leader of sustainability: Portugal.

In 2018, Porto-based winemaker Taylor Fladgate hosted the inaugural Climate Change Leadership Summit. With a keynote speech given by former President Barack Obama, this high-profile event illustrated the seriousness of the issue.

“I didn’t want to sponsor yet another conference telling people what the problem was,” says Adrian Bridge, CEO of The Fladgate Partnership. “What we really needed to do now is to focus on solutions.”

From this initial conference, and the subsequent event in 2019 that featured Al Gore as a headline speaker, the Porto Protocol was born. At its core, the Protocol is a pact that a winery makes with itself to improve its methodology and commit to making changes in its practices in order to mitigate climate change. On a broader scale, it connects the wine industry through an online think tank, where information and case studies can be shared on a global scale. “I wanted to have something that was a legacy and would become this platform where ideas and solutions could be essentially exchanged,” Bridge says. 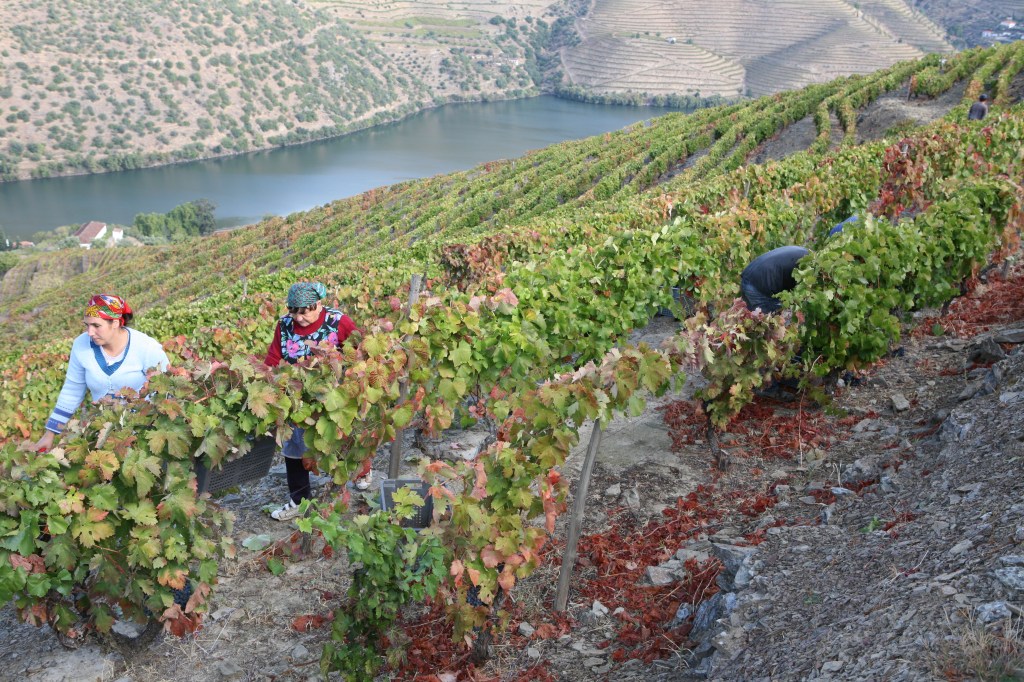 Though still in its infancy, the Protocol, Bridge hopes, will serve as a key resource for the industry in all aspects of production. “It’s important to state that the Protocol isn’t just looking at the carbon footprint [of producing wine],” he says. “Chemicals, water, issues like solar energy and energy recovery systems” are also part of the bigger picture.

Bridge thinks the wine industry is the ideal advocate for bringing about change. Not only is wine an agricultural product grown all over the world, but wineries tend to be family-run with the intention of creating a legacy brand. It’s the long-term view of these firms that makes understanding the future consequences of today’s actions so critical. 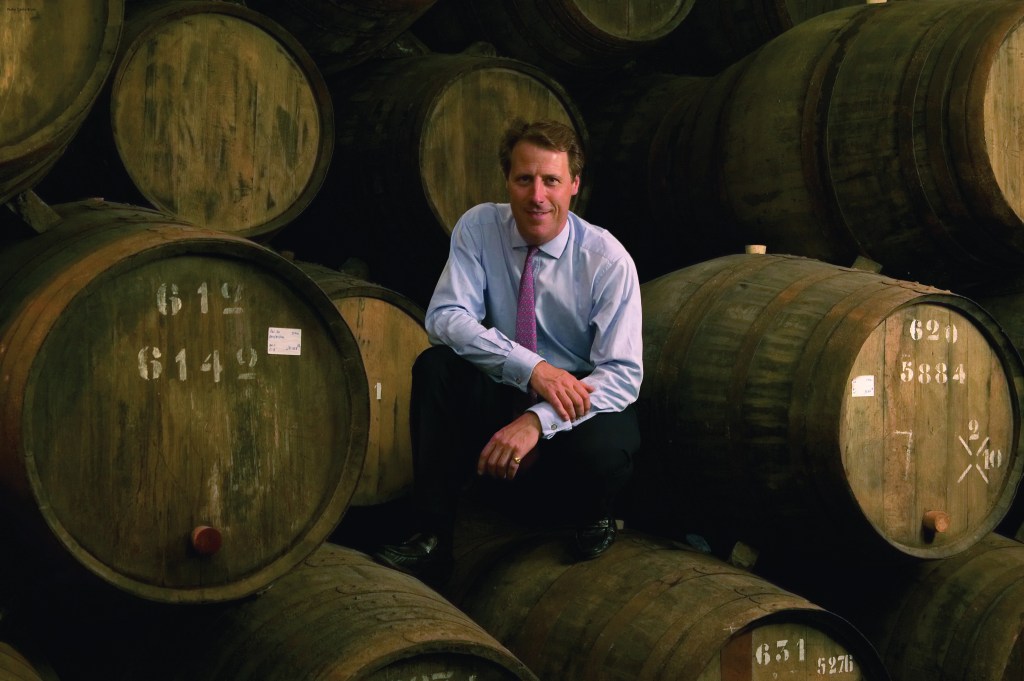 “More importantly, the wine industry talks directly to the consumer,” Bridge says. “I think many businesses kind of miss the fact that the consumer really cares, or they think they can’t do anything about it.”

Symington Family Estates, a fifth-generation-run wine company based in Porto, also comes to the table with ambitious plans to combat climate change. Last month, it became a Certified B Corporation, uniting it with other like-minded companies across different industries throughout the world. (A Certified B Corporation is a business that meets strict environmental and social standards, is transparent in its practices, and holds itself legally accountable for its actions. The certification is administered by the nonprofit organization B Lab, based in Berwyn, Pa., with branch offices in New York City, Denver, and Oakland.

Although there are 2,950 Certified B Corp businesses in total, only a handful are wineries; Symington Family is the first in Portugal. Rob Symington, associate director of communications and sustainability at the family estate, says the rigorous standards set by B Lab are what drew him to the certification. 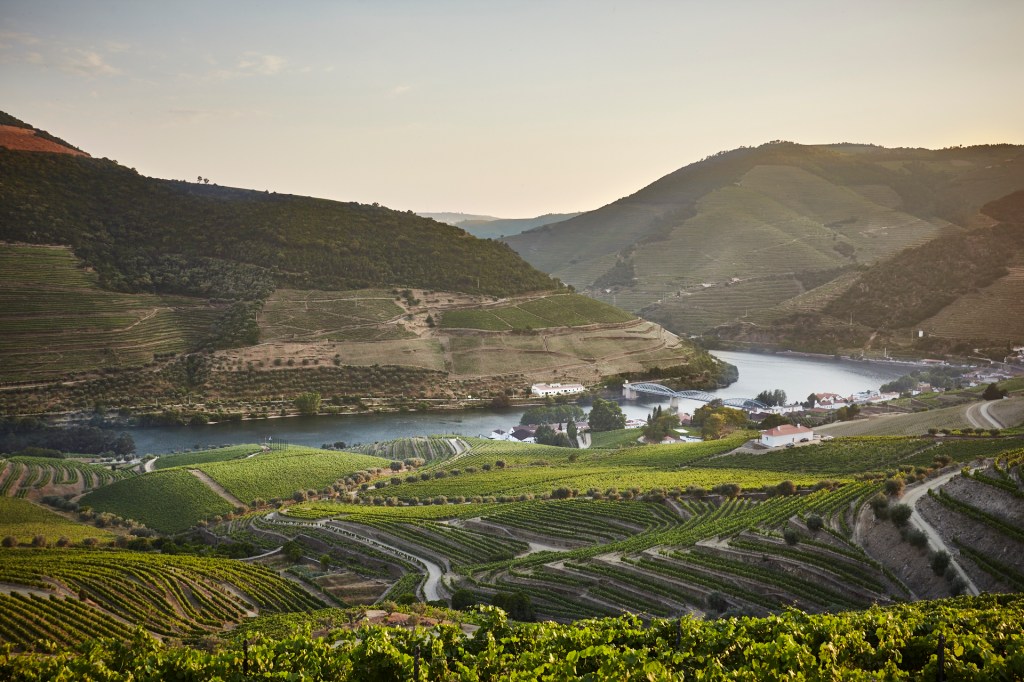 The Quinta do Bomfim vineyards of Symington Family Estates.

“It’s not just about the vineyard or your practices around viticulture,” Symington says. “It’s everything from people, suppliers, environment, and governance. And that was very appealing.” He sees the certification as an effective way to communicate Symington’s standards to consumers. “It provides us with credibility and a shorthand; someone’s in a store, and they’ve got six seconds to make a decision. B Corp is a way of communicating a lot just through that stamp of approval.”

B Corp also encourages evolution through its third-party business reassessment every three years. “It’s a process of transformation inside a company,” Symington says. “I love the fact that B Corp actually makes it harder and harder to get your score. If you just stay put, you will eventually fall off, and no company wants to go out and say, ‘We lost our B Corp status. We backed ourselves into a corner.’ ” 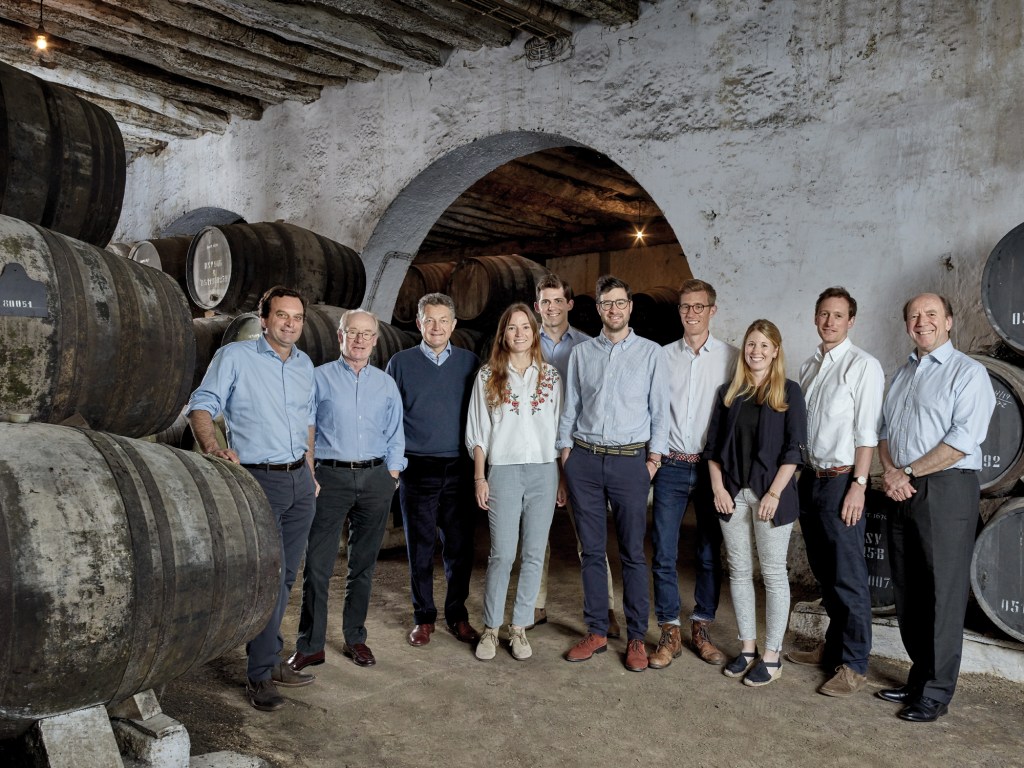 A Focus on Natural Resources

In addition to the efforts of these two wine companies, cork producers—a wine-adjacent business—have been investing in technology to produce higher-quality stoppers over the past decade while zero-waste initiatives were simultaneously developed. Forests themselves—99% of which are privately owned—are dry-farmed, eliminating the need for irrigation and encouraging biodiversity. Because cork is cultivated by removing the bark of the tree, rather than cutting down the tree itself, trees survive for centuries.

Cork producers are also changing business practices to support the environment. Amorim, one of the world’s largest cork manufacturers, earned certification from the Forest Stewardship Council in 2005, which enables full traceability of the cork source and ensures the material came from a sustainably managed forest. Within the factory, no element of cork goes to waste. Material that is unfit for bottle stoppers—or any of the other products produced by Amorim—gets ground down into dust, which is then converted to an energy source, fueling 70% of the factory’s energy needs. 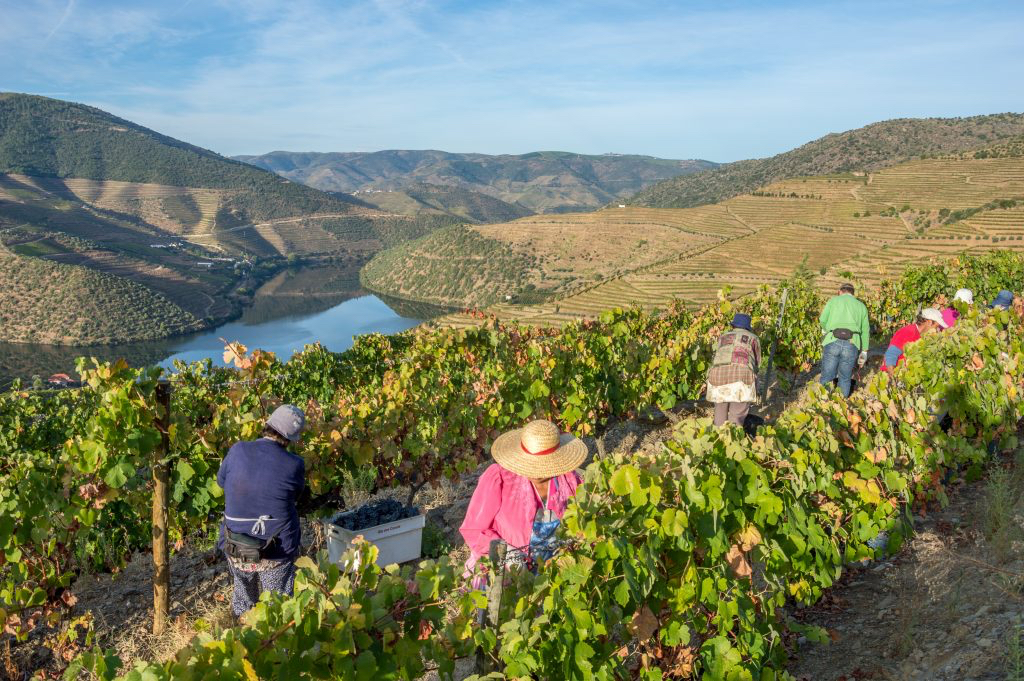 “The problem with climate change is it doesn’t really respect your boundaries or borders,” Bridge says.

Going hand-in-hand with the new certified B Corp status is the self-imposed Mission 2025, an internal directive with numerous action points that Symington views as a public declaration—and road map—of the company’s intentions. “Our approach to climate change has three pillars,” Symington explains.

The first is adaptation, meaning what can be done to continue to produce the firm’s style of wine. Second is mitigation, which Symington views as “systematically reducing our own contribution to climate change through buying renewable energy, solar panels on our roofs, working with our suppliers to reduce the emissions in our glass bottles in the transportation, a ton of stuff.” He’s most motivated by the third: a call to action. Symington notes it’s hard for wine brands to “talk like activists.” But he believes it’s these very voices, these new opinions, that will help create a broader dialogue about what can be done to fight climate change.