The Fladgate Partnership CEO, Adrian Bridge, shared with The Drinks Business an unusual weather event that took place yesterday, March 30th, at the heart of the Douro Valley. Instead of bright sunshine and flowers, the region was surprised by snow.

A reminder that despite we are naturally overwhelmed with an unprecedented and immediate emergency, climate change remains a reality that requires our focus.

See the full article below

In sharp contrast to the usual springtime conditions in Portugal’s Douro, the wine region is covered with snow, as captured by Adrian Bridge, CEO of The Fladgate Partnership. 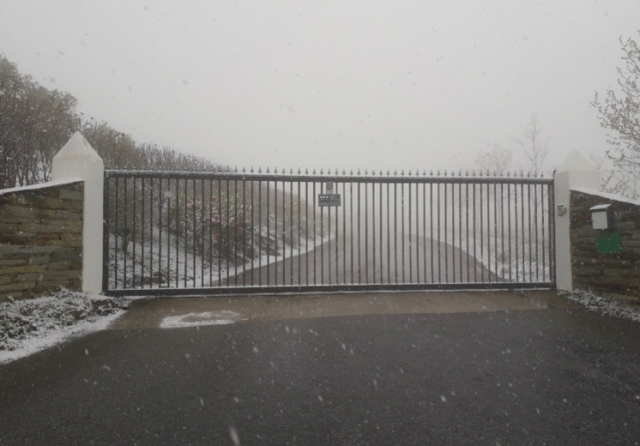 Bridge, who heads up the producer of great Port brands from Taylor’s to Fonseca, sent footage to db this morning showing the famous Port-producing region under a blanket snow at a time when residents would normally be witnessing the blooming of springtime flowers.

Using an image of the entrance to one of the group’s wineries at São João da Pesqueira in the Douro, which was taken yesterday, he told db that the last day of March brought the Douro snow down to 700 meters above sea level – something that is almost unheard of at this time of year.

He said: “It is not uncommon to have Easter in the Douro with Spring sunshine and wild flowers. It is not normally a skiing destination.”

He also used the unseasonal weather conditions in Port country as a reason to remind the drinks trade that the threat of climate change still exists, even though the most immediate challenge is of course the coronavirus.

“It is a reminder that beyond Covid-19 we still face the massive challenge of Climate Change,” he commented.

He added: “The world’s cities may be less polluted, but it will take a decade of home isolation to reverse alterations in climate! No one could cope with that.”

Meanwhile, he assured db that he and his staff were “fine”, and that his group was still producing Port and supplying the market, although “slowly”, which he said was “due to the special measures that we have in place.”

Later this week, db will be bringing a fuller report on the state of The Fladgate Partnership’s Port production as well as Adrian’s tourism projects in Porto.

But for now, please enjoy Adrian’s pictures of a snow-covered Douro in spring, which he insisted, where not an April fool Flat-roofed houses in the Douro aren’t designed for snowfalls

CO2 Capture by Cork enouth to offset footprint of Glass