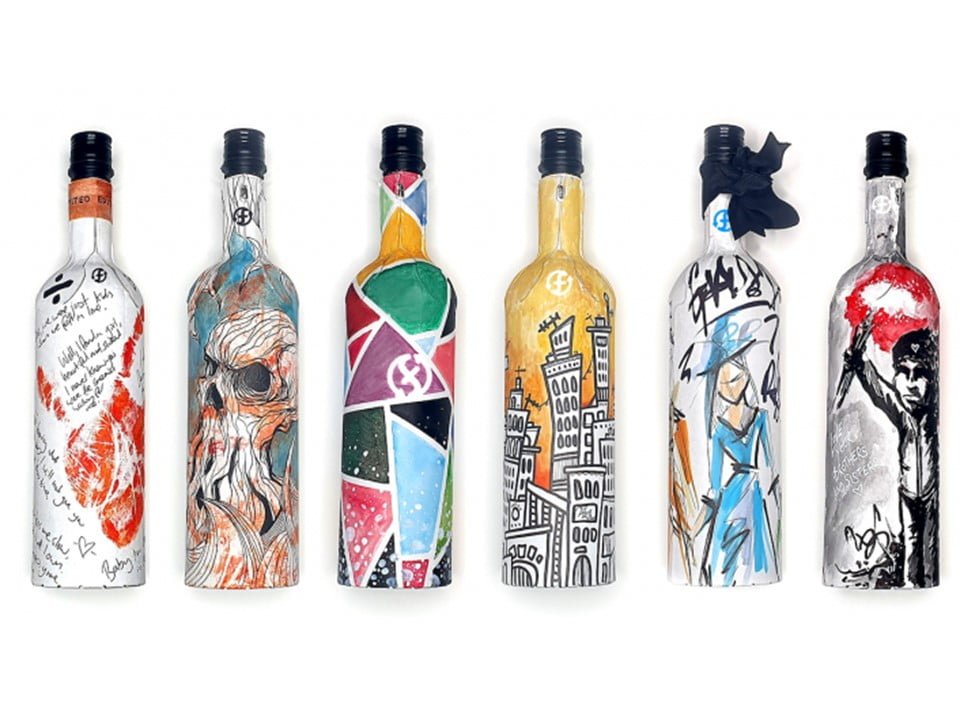 The glass may not be greener

In this article, Jancis Robinson once again touches the sore spot, focusing on packaging in wine, its impact on climate and discussing alternatives.

Read the the full article below

The choice of packaging for everyday wine is wider than ever. And more complicated. A considerably shorter version of this article attempting to shine a stronger light on the options is published by the Financial Times.

For many of us wine drinkers, our first conscious act towards saving the planet was separating empty bottles from the rest of our rubbish. It made us feel pretty good, even though most of us were, and continue to be, shockingly ignorant about what happens next to those bottles.

Few of us really understand much about the relative merits of different forms of packaging for wine in terms of sustainability. This is hardly surprising since even those whose job it is to study such things admit that the whole subject is hugely complex, and definitive statistics on which everyone agrees are extremely difficult to come by.

To the average consumer a glass bottle seems virtuous because it is assumed that it is both recyclable and recycled. This is presumably why, when the European glass manufacturers association FEVE commissioned a consumer research project involving 10,000 15-minute interviews in 13 European countries over the last year, they were able to boast that 91% of interviewees agreed (with the interviewer presumably) that glass is the best packaging material for wine. (Although we Brits are the most sceptical about glass, apparently; only 82% of us agreed.)

On the strength of this research the glass manufacturers have come up with a new hallmark on bottles which, as far as I can make out, merely confirms that the bottle you have in your hand is indeed made of glass.

The official online presentation of this innovation skipped lightly over the massive carbon footprint of producing and transporting glass bottles, the biggest factors in any wine producer’s serious carbon audit, as Dr Richard Smart outlined in Carbon footprints, wine and the consumer. A greener sort of furnace relying more on electric power than fossil fuels is being piloted in Germany over the next few years but it will require considerable effort and investment for bottle manufacturers to reach their target of carbon neutrality by 2050.

The key to all this is of course recycling rates. The figure FEVE likes to quote is Europe’s ‘average glass collection for recycling rate’ of 76% (which they’d like to see reach 90% by 2030). But note how carefully that is worded. It does not mean that 76% of all glass is recycled; just that it is assumed destined for one of the vast material recycling facilities that process our rubbish in the UK or one of their European counterparts. In the UK each local authority is in charge of contracting waste management, which means that standards and practices can vary enormously from place to place. Overall not much more than 50% of all bottles in the UK are recycled, compared with well over 90% in Switzerland and much of Scandinavia. (Swiss citizens are incentivised by a combination of free glass collection points with a tax on bags for general rubbish.)

The British Standards Institution for one would like to see recycling protocols harmonised. I had thought that it might be easier to harmonise collection at least in countries with alcohol monopolies so I asked how it works in Sweden and Ontario, for instance. Sara Norell of Sweden’s Systembolaget reported that Sweden’s recycling rate is about 90% and explained more detail:

‘In Sweden there are two ways of recycling.

‘Packaging for which part of the price is a fee, a fee you will get back when you leave the empty packaging in an automatic return station. This is applicable for all cans and PET-bottles sold anywhere. But also a smaller amount of glass bottles for beer. Bottles that will be washed and reused.

‘Then there is also a general fee paid by producers and importers applicable to all packaging. For glass bottles a very high percentage is also recycled. As a citizen you leave bottles (green and clear glass separately) in big igloos. At these recycle stations you also leave plastic, newspapers, paper cartons, metals and old textiles.

‘We have information in our stores on how to recycle and which packaging is more climate-efficient. We push especially for paper cartons/Tetrapaks, PET and cans, but lightweight bottles have a similar tag on the shelf. We have a programme to introduce more products in paper (also smaller boxes, 1- to 5-litre packs and Tetrapaks at higher price points and we also have some Italian producers who have delivered high-end wines in pouches. We have more and more wine in cans, and the can has become for many high-end brewers the preferred form of packaging.’

I couldn’t get an answer from my contact in Ontario’s alcohol monopoly the LCBO so instead I asked Christopher Waters, who writes about wine for The Globe and Mail there:

‘Curiously the LCBO didn’t take up the bottle return initiative; it was Brewers’ Retail, which operates The Beer Store outlets in the province. They take back beer, wine and spirits bottles from consumers, bars and restaurants. Last figure I saw was a 97% diversion rate. (In most communities, there’s an active cottage industry of people collecting the bottles that households put out in their recycling boxes, which buoys the success.)

‘Many of us were surprised that the LCBO didn’t embrace the recycling piece to add force to their constant refrain of how much they contribute to the betterment of the province. Also, why risk sending your consumers to a competing business to return their empties?

‘The LCBO was involved for a time with the cork recycling program conducted by Oakville’s Jelinek Cork, but that programme ended despite being touted as a success (1.6 million corks collected for re-use). The pandemic has no doubt seriously reduced collection efforts [because of] the shutdown of winery tasting rooms and associate businesses that served as drop-off depots. Whole Foods and other grocery chains used to have collection boxes, but those have been whisked away to declutter entry ways as part of Covid-related measures.

‘To the best of my knowledge the corks are put to use for building materials. See https://putacorkinit.ca/program/’.

As someone who routinely collects corks and has in the past delivered them to a Nicolas wine shop which claims to recycle them, I was interested in UK initiatives to recycle corks. There is recorkeduk.org, which claims to accept them, but Whole Foods here don’t unfortunately. (Cork forests, by the way, are a useful carbon sink that wine can add to its positive carbon footprint.)

Recycling bottles is complicated. Bottles come in all sorts of different colours which have to be separated from each other and from labels and foils for them to be of use. Demand in the UK is highest for clear glass, apparently.

The far-sighted Torres family in Catalunya are pressing for a standard wine bottle that could be recycled and reused anywhere in the world, or at least anywhere in Europe to begin with (see http://www.rewine.cat/en). But Miguel Torres admits this would need EU legislation to put into practice, and it seems a very distant possibility to me when so many wine producers choose to use bottle design and weight – especially weight – to try to carve out a distinctive identity for their wines. (It was notable in a recent online forum on the future of wine that the greatest recurring opprobrium was directed towards those who use particularly heavy bottles.)

Increased awareness of sustainability issues has also resulted in a flurry of new designs for wine packaging, including a replica of a standard bottle from Frugalpac, as shown at the top of this article and below, made from 94% recycled paperboard with a food-grade liner that can be recycled, provided you separate those two elements, and its plastic stopper. 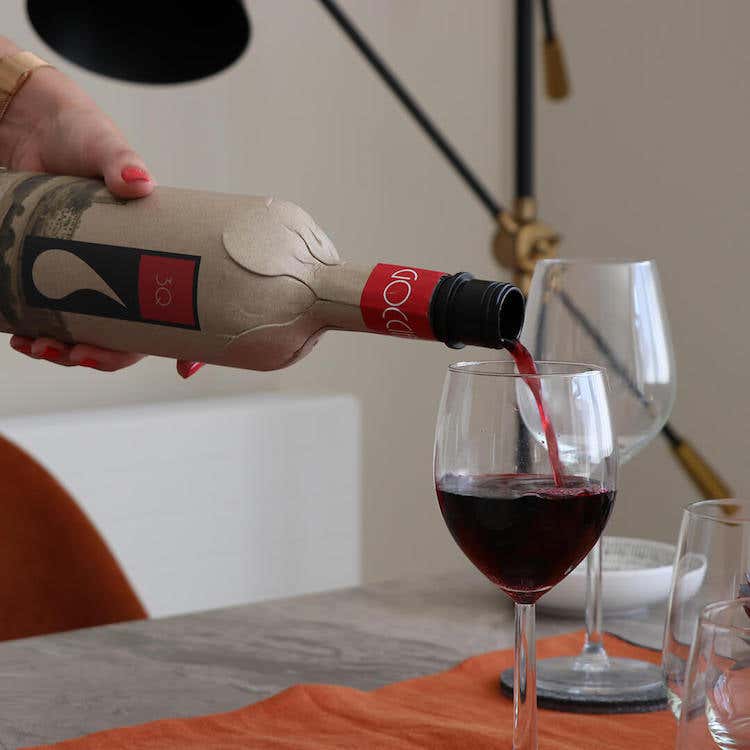 One of the most energetic and thoughtful innovators on this side of the Atlantic has been Santiago Navarro, whose company is called Delivering Happiness, trading as Garçon Wines. As reported and illustrated in Glass dismissed?, he has designed an almost-flat wine bottle that’s thin enough to go through a letterbox and is much lighter, considerably more space-saving and less fragile than the traditional glass bottle. If the option of an active oxygen scavenger is applied, the wine will stay fresh for more than 12 months, he claims.

An avid diver, he is well aware of the problems of plastic waste, as highlighted vividly by David Attenborough in his Blue Planet series. Even though the food-friendly PET plastic from which his smooth, olive-green bottle is moulded has already been used once, and plastic anyway has a much lower carbon footprint than glass, some consumers are now convinced that all plastic is evil. In fact there are many different forms of plastic of which PET is arguably the most sustainable and Navarro treasures the letter he received from Sir David congratulating him on his novel bottle, which has been adopted for commercial use by Accolade for Banrock Station and is illustrated below. 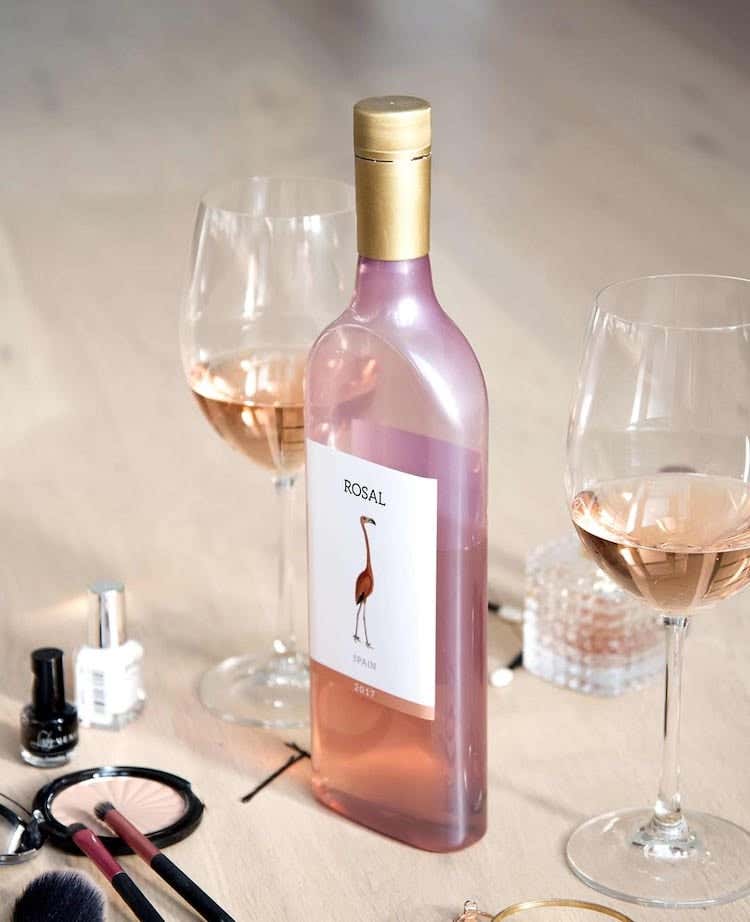 The problem with plastic is not the material itself but how you manage used plastic (and of course plastic, unlike glass, floats so is a much more visible waste problem than glass in rivers and ponds and on beaches). According to the British Plastics Federation, about 50% of all plastic packaging is recycled in the UK, more than in any major country other than India. (Although some sources suggest countries such as Germany do better, and this may be another of those statistics that blurs ‘collected for recycling’ with actual recycling.) But unlike glass, which can be recycled many times, plastic can be effectively recycled much less often because it degrades – although work is ongoing to improve this. Not all glass bottles are recycled infinitely as bottles, however. Some are downcycled into other, less-valuable products.

Wine in cans is becoming increasingly popular in the US, where such a high proportion of all drinks is sold in cans anyway. They tend to contain the equivalent of a quarter, third or a half of a regular bottle and, let’s face it, there are some pretty huge disadvantages to the 75-cl bottle. It’s far too much for one person, often too much for two at a single sitting, and of course the unit price is far higher than a can’s, which some younger potential wine drinkers cite as an off-putting characteristic of wine: you have to lay out far more than for a beer or a cocktail, say. Convenience is a massive factor popularising cans, which can easily be popped into a picnic bag – or even a pocket. Made from steel or aluminium, cans can also be almost infinitely recycled but, like glass, the manufacturing process is heavy on energy and resources.

Glass, so usefully inert, will surely remain the material of choice for fine wine that deserves long ageing, but for the sake of the planet we need to look more favourably on the alternatives for wine that is drunk within days or weeks of purchase – which constitutes by far the majority of all wine sold.

Borough Wines in London deserves mention for its work on Sustainable Wine Solutions including a bottle return scheme, their ‘zero waste alternative to bag in box’ and what they claim is ‘the UK’s only 100% reusable kegs’, kegs being a fine solution for restaurants and bars – should they ever be in business again.

For specific canned-wine recommendations, and warnings, see also Wine in a can for Brits and A can hunt in the USA.