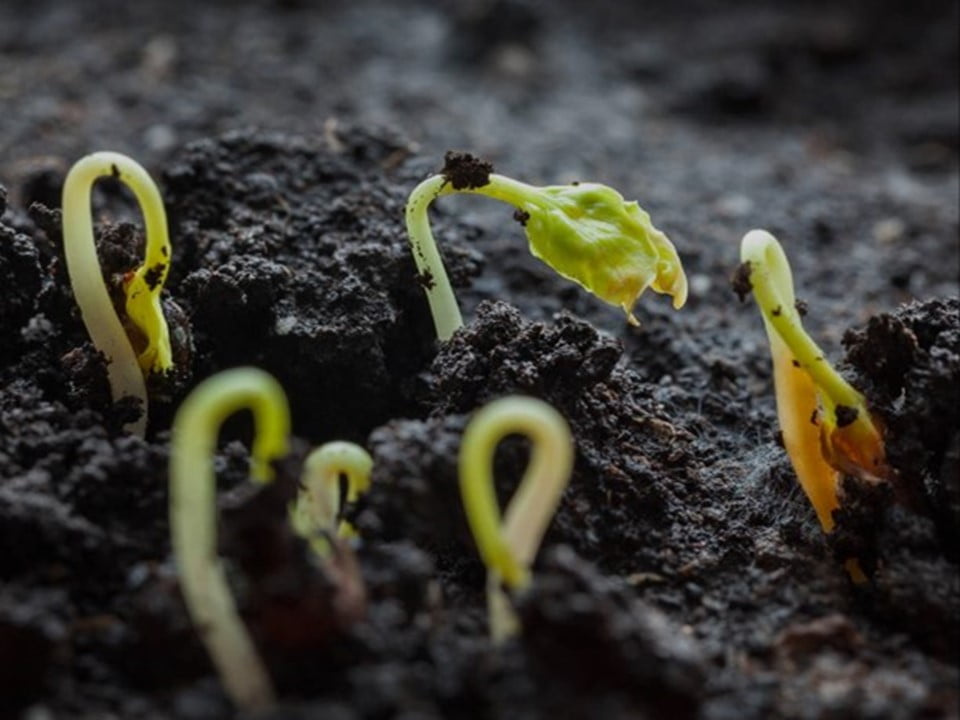 The soil role is rising on the wine world threaten by climate change! In fact, different scientific facts and real experiences show how soil health and its biome influence the quality of wine and allow to keep your vineyard balanced and protected from pathogens. To get an overview of this topic, we invite you to read the following article by Michelle Williams, published on Wine Enthusiasm:

Great wine starts in the vineyard, presenting a unique taste of time and place defined by sun, sky and soil.

Threats to any of these elements can result in lesser quality and an elevated price.

Winegrowers around the globe have a host of tactics to combat vineyard perturbations.

One approach is to work with soil scientists. Historically, their role in viticulture has been to map types of soil in a vineyard, like volcanic, limestone and calcareous.

As science evolves, however, winegrowers are learning that soil microbes play a monumental role in vine health and wine quality. Scientists, in turn, are focusing their attention to the community of microorganisms living within the soil, called the biome.

“We can now see bioactivity and use the information to boost whatever dimension is desired: quality, yield, etc.,” says Adrián Ferrero, cofounder and CEO of Biome Makers, a microbial soil-analysis company.

Healthy soil is rich in organic nutrients. Its fertility is key to a flourishing vineyard.

“The long-term, big picture: The fertility of the soil has been negatively impacted by the way we have farmed,” says David R. Montgomery, professor of geomorphology at the University of Washington and author of Growing a Revolution: Bringing Our Soil Back to Life (W.W.Norton, 2017). “Winemaking is not immune to this.”

Prolonged elevated temperatures and drought bring a gradual decline in organic nutrients. The result is an unhealthy biome as well as reduced fruit quality and yield.

“It’s a classic evolutionary quid pro quo,” says Anne Biklé, biologist and co-author of The Hidden Half of Nature: The Microbial Roots of Life and Health (W.W. Norton, 2015).

Disturbances to this delicate ecosystem add stress to the vine. It’s forced to either produce lower-quality grapes or die.

The soil biome exists in layers, like an inverse alpine mountain. Within each layer is a delicate, biodiverse community of microbial life.

“The deeper you go into the soil, the more selective the soil becomes,” says Nik Weis, owner and winemaker of St. Urbans-Hof in Mosel, Germany. “You have to let everything live and stay in its order of horizons as nature has formed it [for a vineyard to thrive].”

It was long believed that turning over the soil was positive and necessary. Evidence now suggests that such tilling may be detrimental.

“I used to believe we should return to viticulture of 150 years ago, but people in those days were constantly cultivating the soil,” says Weis. “Now I know I was wrong.”

To mix the living layer of topsoil with lower materials isn’t like when you combine raw ingredients to make cookies. It’s more akin to pulverizing a strawberry in a blender.

“The key thing in my mind requires one to think differently about soil,” says Montgomery. “The last century has trained the industry to think more along the lines of tillage to disturb the soil. Now we must focus on soil building, raising organic biodiversity within the soil for healthier plants.”

These discoveries highlight the importance of soil biome. Overzealous vineyard intervention threatens fine-wine production. It requires winegrowers to search for ways to mitigate these hostilities.

However, industry leaders point to one particular type of assault as a resounding threat to soil biome and biodiversity.

While drought is seen as the most damaging challenge from climate change, dangerous erosion from flash floods caused by heavy rain and high winds plague wineries in regions like South Africa and Argentina.

According to Franco Bastías, chief agronomist of Domaine Bousquet in Mendoza, this forces the dreaded Argentine ants into the vineyards for food. They leave damage to vines and soil biodiversity in their wake.

Elevated temperatures have welcomed pathogens once found only in the Mediterranean into parts of northern Europe, with catastrophic costs to vineyards. Weis says that Esca, a devastating disease which infects the grapevine’s trunk, is now seen in Mosel.

“At La Maison Chapoutier, we treat our vines with warm water, which enhances their resistance,” says Michel Chapoutier, the Rhône winery’s owner and winemaker.

Soil microbes have two jobs, to provide nutrients to the vine and protect it from pathogens. Synthetic fertilizers and pesticides can handle both, but their use can cause the microbes to become lazy. This can morph symbiotic relationships into competitive ones.

Jock Harvey, owner and winemaker of Chalk Hill Wines in Australia’s McLaren Vale, says many winegrowers in the region treat every threat with synthetic sprays. Such overuse threatens the region’s soil biome and biodiversity.

Grape growers in the Texas High Plains and parts of the American Midwest face a catastrophic threat from synthetic broad-leaf herbicides used to kill weeds between rows of crops like corn, cotton and soy.

These chemicals can drift from miles away into vineyards. While the intended crops have been genetically modified to withstand the chemicals, vines have not and spraying can kill them.

Education and science-based adaptations can help neutralize such threats. However, climate change offers unique circumstances to navigate each year. Winemakers must remain nimble to alleviate each new challenge that arises.

Success is less about a single farming practice—conventional, sustainable, organic, biodynamic—and more about how it’s implemented. Successful viticulture requires producers to think like nature. To create balance in and around the vineyard promotes a healthy soil biome and produces better fruit.

“It isn’t simply practicing organic and no-till farming, hoping that it will improve the soil,” says Ginny Povall, owner and winemaker of Botanica Wines in South Africa. “It’s about understanding what is going on with the soil and if it’s balanced enough to allow the microbial life to prosper.”

“It’s about understanding what is going on with the soil, and if it’s balanced enough to allow the microbial life to prosper.” —Ginny Povall

Keeping the ground between the vines covered with carefully selected crops, commonly referred to as cover crops, increases the organic nutrients available to the vine. This can help vineyards withstand elevated temperatures and drought stress. Like a sponge, these nutrients absorb moisture and release it slowly into the soil as needed. It also encourages microbial biodiversity. For example, worms create underground tunnels that act as moisture reservoirs for the vines.

“When you walk in nature, you never see bare soil,” says Johan Reyneke, owner and winemaker of South Africa’s Reyneke Wines. “For the soil to live, it needs to be covered.”

Reyneke says that drought is never an issue for him. In fact, his steeply sloped vineyards receive too much rain, which causes erosion. This damages vines, as it degrades soil nutrients and destroys the biome layers.

To combat this, cover crops are used between vine rows during the rainy season. He also encourages the growth of native fynbos to help hold the soils in place.

In Paso Robles, California, Daou Vineyards maximizes water use through deficient irrigation by restricting water to the vine, believed by some to improve fruit quality. However, severe heatwaves in 2017 and 2020 proved too much for the vines. Daou chose to irrigate rather than risk the loss of entire vineyards.

During heat spikes at Daou, “short bursts” of water twice a week maintain ground moisture. Shade cloth is also used to protect the leaves from sunburn, and compost and manure activate the soil’s microbes.

Ferrari monitors soil moisture through high-tech probes in the ground. This ensures that vines receive an ideal amount of water, which improves soil and vine health. According to Lunelli, “[it provides] an even more distinct expression of terroir into their wines.”

Threats to a soil’s biome and biodiversity can be mitigated through the implementation of healthy practices.

When Craig Camp, COO of Troon Vineyard in Applegate Valley, Oregon, arrived in 2016, the soil was in terrible condition after years of poor agricultural practices. After extensive soil analysis and adoption of biodynamic and no-tilling practices, Troon’s soil biome is revitalized.

“A general reawakening of the microbial community and a diverse state throughout the property stand out,” says Camp. “Also, the obvious improvement is the health of the vines and improvement in wine quality—the ultimate goal.”

Anne Biklé, biologist and co-author of The Hidden Half of Nature: The Microbial Roots of Life and Health, and David Montgomery, professor of geomorphology at the University of Washington and author of Growing a Revolution: Bringing Our Soil Back to Life, break down the essentials of healthy soil biome.

“Fetching fungi” and “nitrogen nabbers” acquire nutrients from the soil that are inaccessible to the vine. They convert these into food for the vine.

Time to Reflect and Look Ahead: Our March Newsletter