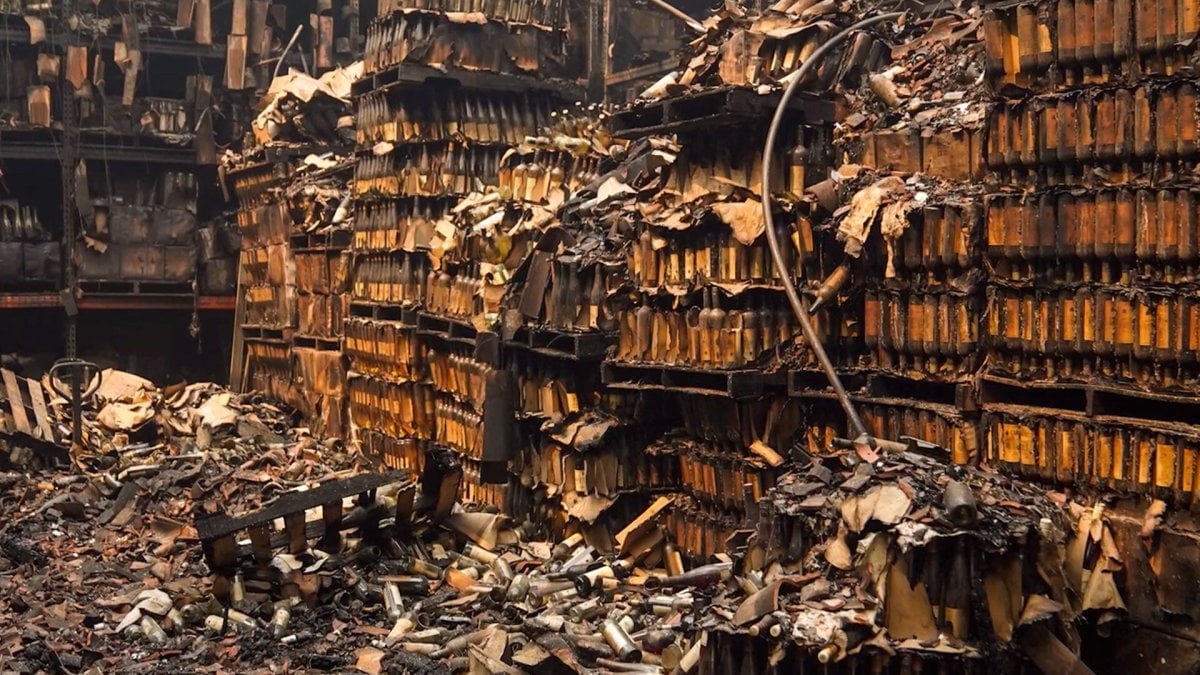 Whether it’s smoke taint from the wildfires or the effects of droughts and longer heatwaves, grape growers and winemakers in California are feeling the effects of climate change. Wine made in 2020 might show some of those effects, too.

We often talk about climate change in the long-term. But thanks to wildfires and heatwaves, the wine industry is feeling climate change’s effects already, and that might mean you’ll pay more for a glass or a bottle, or have fewer options.

“In a certain way, the wine industry has become a little bit of a canary in the coal mine,” says John Williams, the owner and winemaker at Frog’s Leap in Napa Valley. “We’re all starting to realize what our grapevines realized fifteen years ago, and that’s— the climate is changing.”

Scientists continue to prove how a warming planet intensifies and lengthens drought, heatwaves, and wildfires. All three of those climate-fueled weather phenomena are particularly impactful on the typically warmer, drier regions around the world where grapes are grown.

NBCLX toured vineyards across California’s Napa Valley and saw how some of these changes are already taking effect.

Here are 3 ways climate change could impact your next bottle of wine:

2017 and 2020 were devastating years for Napa and Sonoma counties in California. Wildfires destroyed homes and spread smoke and ash across vineyards in the wine-growing region.

When multiple grape growers lose their entire crop thanks to wildfires and the effects of smoke, that drives up the price of the grapes that survived.

And that cost is reflected in the wine, too.

But the fires in 2020 had the greatest impact yet, Marke said.

How much smoke does it take to impact a grape crop? Winemakers and researchers are still working to understand exactly how smoke and ash exposure impacts the product.

“People ask me, ‘How many miles do I need to be from the fire to be safe?’ There’s no distance,” said Anita Oberholster, a researcher at the Robert Mondavi Institute for Wine and Food Science at UC Davis.

“Sometimes you have two vineyards next to each other, and the one is greatly impacted, and the other one isn’t.”

Oberholster and her colleagues are still trying to answer the lingering questions. But the current lack of clarity means it’s quite possible you’ve drank a glass of wildfire-tainted wine.

“Taint, it has already been proven, will get worse as the wine ages,” Marke added. “So if you’re making a low-end product that’s going to be drank in a year… of course, yes, there are people who are gonna push the envelope, like any other business in the world.”

If you’re thinking wine from smoke-affected grapes couldn’t be that bad, a tasting of some unsold research wine, seen in the video above, will set you straight. Oberholster compared it to licking an old ashtray.

As the Earth warms, the spots most favorable for growing grapes will shift toward the poles, studies from the U.S. and Europe show. Some projections show that some of the grapes which made those regions famous won’t grow there in the coming years, possibly as early as 2060.

There could be trouble growing certain types of grapes in Napa and Sonoma in California. And they’re in the same general latitude and climate as other famous wine regions like Rioja in Spain, Burgundy and Bordeaux in France, and Tuscany in Italy.

Williams, the winemaker at Frog’s Leap, thinks it’s “quite possible” he won’t be able to grow certain types of grapes in his lifetime.

As California faces what could be another challenging year of drought and wildfires in 2021, the wine industry is increasingly anxious for solutions.

“It’s a very difficult situation,” Oberholster says of research on winemaking amid climate change. “We are learning. We are making progress, but it’s really slow. We needed the answers five years ago. But it’s probably going to take us another five years to have some of the questions we currently have, answered.”

Close to Home: For wineries, a carbon tax is pro-business