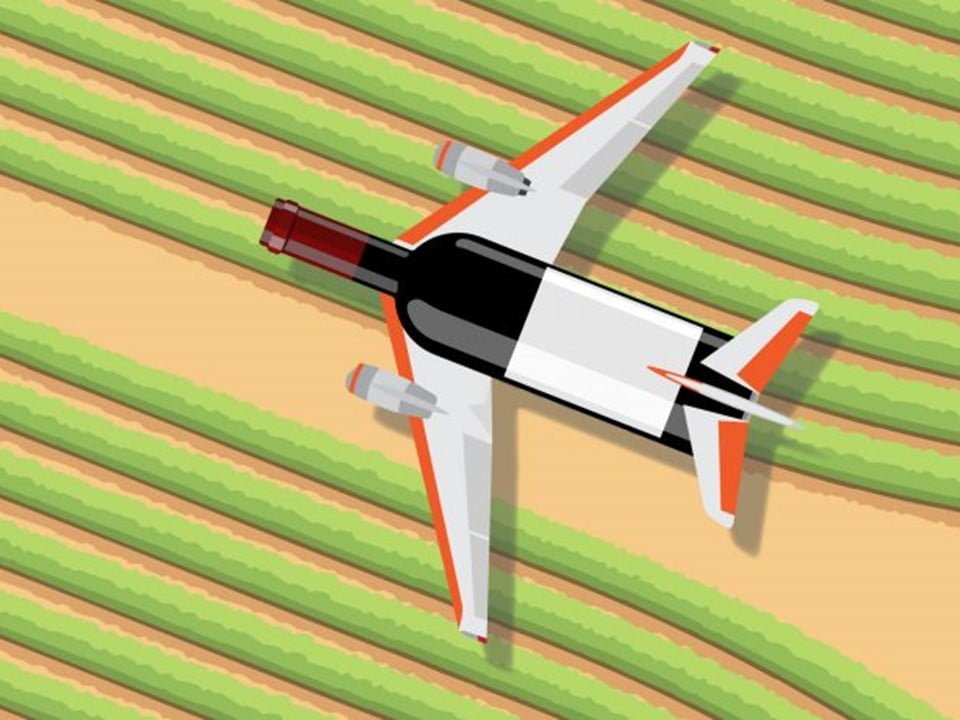 Wineries Strive for Carbon Neutrality. Is It Enough?

Going beyond carbon neutral should be next step? Read the article publised by MATT LARDIE on the Wine Enthusiast Magazine. Photo by Getty.

Devastating wildfires in California and Australia. Record-high temperatures and droughts in Europe. Grape varieties that thrive in once-unlikely places. The effects of climate change on winemaking around the globe are not theoretical; they’re here and they’re real.

Enter carbon neutrality. The idea is that wineries can offset their environmental impact by switching to renewable energy sources like wind, reducing or eliminating chemical sprays, using smarter packaging like lighter-weight bottles, and purchasing carbon credits from nonprofits.

Carbon neutrality has become the environmental badge for wineries wanting to combat climate change. But is it enough?

“Being carbon neutral doesn’t help, we’re going to stay where we are,” says Dr. Robert Boulton, a distinguished professor emeritus in the department of viticulture and enology at University of California, Davis. “If we all went carbon neutral tomorrow, we’re still going to have the wildfires, we’re still going to have the ice caps melting because we did nothing about reversing 120 years of carbon releases.

“We’re sort of [fed] the misinformation that it really isn’t a problem if you’re carbon neutral.”

Becca Yeamans Irwin, an environmental scientist and author of the website The Academic Wino, agrees. “Offsetting your carbon emissions by reducing them someplace else is admirable, but the fact of the matter is you are still putting out the ‘bad emissions’ in the first place, which should ultimately be reduced, and not just offset,” she says.

Industry leaders like Boulton and Porto Protocol, a group dedicated to reverse the effects of climate change, believe that wineries should not only capture or mitigate their carbon output, but remove more carbon from the atmosphere than they produce.

Think of it as beyond carbon neutral.

In early 2020, Katz launched Protector Cellars, which he believes is the world’s first climate-positive winery. He looked at all parts of the winemaking process that caused carbon to be released and started to tackle them, one by one.

He purchased grapes only from certified sustainable vineyards. He chose to can his wines after he learned that bottles are one of winemaking’s biggest sources of carbon output. Katz also partnered with the nonprofit Trees for the Future to offset unavoidable carbon emissions.

“The guiding principle was that if I look at every aspect of the industry and my production process, how can I do better from a carbon impact standpoint without negatively impacting the quality of the wine?” asks Katz.

Through his efforts, Katz believes he has been able to create a climate positive winery.

According to Boulton, such thinking is vital to ensure the environmental and economic feasibility of the entire wine industry. “If you don’t have a plan for being sustainable 50 years from now, you won’t be here,” he says.

Environmental stewardship has always been the driving force behind Cullen Wines, founded in 1966 in the Margaret River region of Southwestern Australia.

For Cullen, going beyond carbon neutral is a natural next step. In 2003, Cullen Wines switched from organic to biodynamic production. The movement wasn’t very popular at the time in Australia. “There was a lot of negativity and outright hostility,” she says.

Still, she pushed on. One of the most meaningful side effects of her biodynamic practices is the winery has net-positive carbon impact.

“We measured the carbon over six years and…we were carbon positive,” she says. “Our vineyard last year sequestered 75 tons of carbon per hectare.”

Through careful accounting, Cullen determined that Cullen Wines emitted around 4,000 tons of carbon in 2019 and ended the year with 80 tons of extra carbon sequestered in its soil.

“Our carbon neutral-certifying body had never had it happen before,” she says.

While the sustainability measures cost the winery around $25,000 Australian dollars per year (a little more than $18,000 U.S.), Cullen estimates that she has around four times that amount in sequestered carbon on her property that she would otherwise have to pay to offset.

“We are in an agricultural industry, we are completely dependent on the environment, and the environment is changing around us.” —Alex Katz, Protector Cellars

There are steps that the industry can make to encourage more wineries to adopt carbon-positive operations. Cullen and Boulton think a global marketplace where wineries could sell their extra carbon credits to those who needed to purchase offsets would help—in essence, it would create a carbon trading system that would financially reward climate-positive winemaking.

As industry-led initiatives like the Porto Protocol gain more members, and a new generation of wine drinkers was raised with climate crisis education, carbon-positive operations could become the standard for wineries that take their environmental stewardship seriously.

“It has to be the gold standard of sustainability in any place,” says Katz. “It’s become clear that the industry is not sustainable with the current path the planet is on.”

Systemic changes take time, but so does everything in wine. Perhaps an industry so accustomed to measuring time in decades and generations is uniquely suited to this challenge.

Last but not least: Our December Newsletter

Porto Protocol: Towards A Future Safer From Climate Change